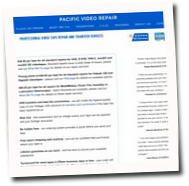 At Pacific Video Repair our goal is to exceed your expectations for customer service.

We have served thousands of satisfied customers from all over the world since 2003 and will apply our vast experience and knowledge to the fastest video tape repair, recovery and restoration of your priceless footage.

There are no hidden charges; our flat fee fixes anything and everything that is wrong with your tape with free return shipping and a lifetime guarantee on our work. 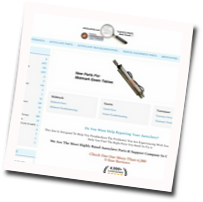 AllClaveParts was founded in 2006 by Wally Ashbaugh

The idea of helping people repair their autoclaves came about when he was working on equipment in an Oral Surgeon's office. They had a Pelton Crane OCR autoclave that they had been told was not worth repairing and asked Wally to haul it off for them

He loaded it into his vehicle, and as he drove back to his home office, he was thinking about the unit. Somewhere along the way, he decided to put it on the work bench and take a look at it before throwing it away.

Wally did not have a clue about the autoclave. He even had to research to find out what it was supposed to do, and whats more... how to operate it.

Once on the workbench, he managed to figure out how to take the cabinet off and looked at everything with a flashlight... when he noticed a wire hanging down underneath the chamber and touching the bottom floor of the autoclave.

The wire had burn marks on it. Closer inspection showed the insulation had eroded off of the wire and the bare wire was touching the metal bottom floor... shorting it out. He replaced the wire, added water, plugged it in... and it completed the cycle perfectly!

The Repair Company Had Lied To His Client, In Order To Sell Them A New Autoclave.

He started talking to some of his dentist friends, as well as other clients and found they were consistently being taken advantage of when it came to their autoclave repairs and maintenance.

He then started researching everything he could find about autoclaves. Wally established a network of engineers and friends in the industry and began working on the autoclaves himself, to learn how to troubleshoot and how to make the repairs, and for the experience of actually repairing them... so he could help others do the same

Wally Had No Mechanical Ability Whatsoever. But What He Does Have Is The Ability To Make Things Simple.  Click Here to Read More 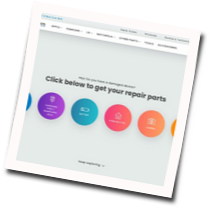 When you have dropped and cracked the screen on your iPhone, iPad, iPod, HTC, Samsung, Motorola, LG, Sony, BlackBerry, or other mobile gadget RepairsUniverse.com has the parts, tools, and instructional guides you need to repair nearly any type or damaged or faulty part on your device. We have been in business for over 5 years and have become the industry leader in Do-It-Yourself mobile device repair. We have a huge catelog of parts and accessories for all of your mobile devices and continue to expand into the latest and most popular phones and tablets.

Please feel free to share your experience and give RepairsUniverse a review to let us know how we're doing or how we can imporve our service to our customers!

Also check us out on YouTube to view our free repair guides! Youtube.com/RepairsUniverse 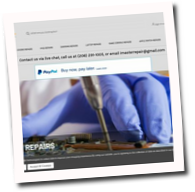 Here at iMasterRepair.com we are a privately owned business in the city of Meridian, Idaho. iMaster Repair was founded nearly 11 years ago as a home-based business that has now grown to become one of the leading mail-in repair services nationwide. So far we have serviced well over 100,000 devices!

We are the masters in repairing all Apple devices- iPhone, iPad, iMac, Macbooks, and Apple Watches. We are also Android experts with years of experience and dedication to the successful repair and restoration of all things Android. Some of our other specialties include game consoles, advanced micro-soldering, and iPod classic repairs.

Find us online at www.iMasterRepair.com 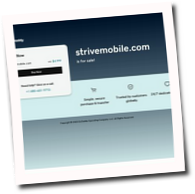 We have provided thousands of customers the oppurtunity to fix their broken or damaged devices themselves by offering the best prices and highest quality parts available. We even offer a number of free repair guides to help our customers install their parts just like the professionals would in a shop.

Strive Mobile Repairs is committed to customer service excellence and support, no matter how difficult the repair. 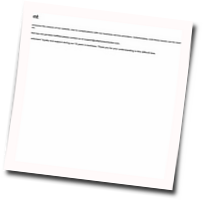 CellphoneUnlocker.com is dedicated to offering you the most simplistic cell phone unlocking experience on the Internet. We strive to generate unlock codes at the fastest speeds and the most inexpensive rates. All unlock codes sold by us are 100% guaranteed to unlock your device or your money back!

Unlike our competitors we offer permanent unlock codes, not the temporary ones. Update, restore, and reset! You will never have to purchase another unlock for your phone again! This will allow you to permanently use your phone on any carrier, worldwide! 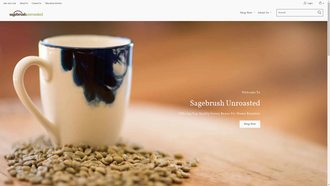 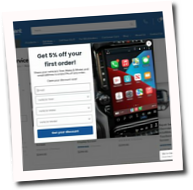 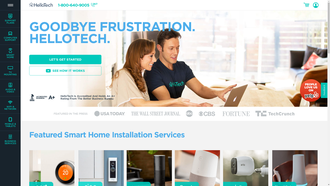 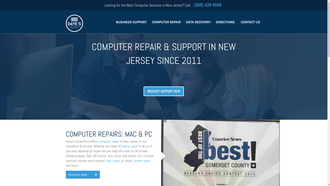