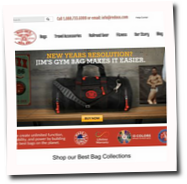 Red Oxx was formed in 1986 by former Vietnam Veteran James Markel Senior. When he retired he moved to Billings, Montana and began making weight lifting straps for his body building hobby. Soon he was selling them to local gyms and it was time to hire on number one son Jim Jr. who was just exiting the Marine Corps himself. When the national offshoring of lifting products struck in the hearly 90s, Jim Jr., now the company CEO, moved production from straps to bags, fueled by a failure in the field of a brand-name purchased bag. Recognizing a large market for travel bags, Jim invested in with the help of former Navy Veteran Perry Jones, now production floor President and started our online website direct-to-consumer business model. SInce then Red Oxx has moved their factory from Jim Senior's kitchen to it's current eight iteration, a thoroughly modern production facility located a block from the retail showroom in Billings' north side. Red Oxx sources 98%+ of our gear building supplies from American companies. All our gear is backed by our famous "No Bull" Lifetime Warranty. 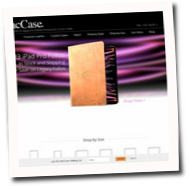 MacCase created the Apple-specific case market in 1998. For over 20 years MacCase has been the pinnacle of Apple portable protection offering 2 unique lines of innovative iPad cases and MacBook cases in both nylon and premium leather. All products are crafted around a simple design philosophy that includes a timeless aesthetic, elegant engineering and world-class build quality.